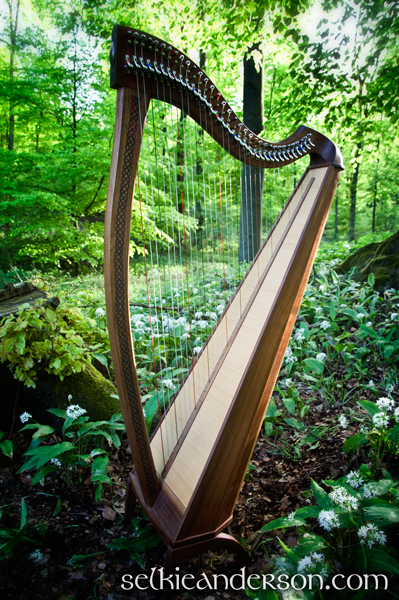 The harp is one of the oldest instruments of humankind. The roots of the harp can be traced all the way back to the times around 3000 b.C.. The dreamy melodies of the harp continue to fascinate people until this day.

There are various types of harps around, built in different ways depending on region and music style and equipped with different types of strings. From diatonic to chromatic harps, from strings made of gut to carbon or metal, from pedal harp to lever harp, from concert harp to travel harp, there are many variations around.

Selkie Anderson's instruments are Celtic harps (or lever harps). You can find these instruments in Celtic folk lore as well as the folk music of today. They still play a large symbolic role in Celtic regions - you can find the harp symbol on the Irish Euro coins, on the logo of the Guinness brewery or as  the traditional iconic instrument of the bards. Despite (or perhaps because of) their ancient nature, there is a special kind of magic that flows through the sounds of harp music. 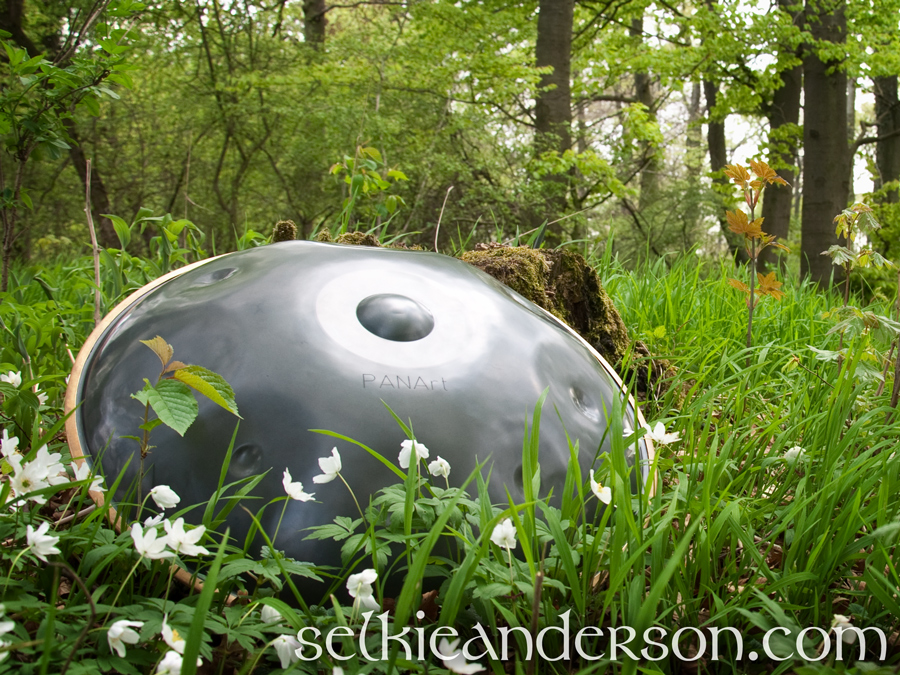 It is not from Nepal, India or China. The hang is a Swiss innovation from 2001. The term handpan has established itself for this type of instrument, as the hang started a wave of new instrument creations. The original hang that Selkie plays, was invented by Felix Rohner und Sabina Schärer in Bern, who formed the hang building company PanArt back then. A lot has happened since then, original hangs are no longer made but many other handpan companies have been on the rise.

Hang music can take the listener into a mystical world of sound. Sensitive people can feel the tunes inside their entire body. The music that is played can range from meditative to percussive. There is something old to this new instrument, almost like it was not newly created but rediscovered.

Single: A Drop in an Ocean